As someone who has always been openly and intensely fascinated by the inner workings of the teen movie genre (and has paid the price for it via the scoffs of sceptical fellow film students and my utterly unconvinced peers), I understand the appeal. In fact, I have spent many hours over-analysing and examining said appeal, to the point where you’d think I’d be ready to just let Clueless go. But, alas, here we are.

The fact is, generally speaking, adults seem to be incapable of taking young people (and particularly young girls) seriously; the music we listen to, the books we read, the websites we visit, the films we watch, and any other art form you can think of, are too often brushed aside as ‘trash’. The general rule seems to be that if it’s made for us or about us then it’s probably going to be seen as trivial, vapid and completely devoid of meaning.

Of course, nothing could be further from the truth; there’s a reason teen movies are popular. Maybe it’s partly because they’re great background noise for when you and your friends are thirteen and at a sleepover, giving each other ridiculous make-overs at 3am and trying to stifle your laughter so you don’t wake up your parents, but they also provide a really necessary part of our culture.

These coming-of-age films reflect our realities and our dreams, our struggles and fears, our emotions and complexities; they may seem overly sensational or dramatic or just plain ridiculous at times, but they treat us and our lives as interesting and worthwhile in a world that doesn’t take us seriously, they allow us to be young and have fun in a world that is pretty much set on telling us to ‘just grow up’.

With that said, from the satirical to the sentimental to the supernatural, here’s a list of my ultimate favourite teen movies. And no, I didn’t ‘forget’ The Breakfast Club…

The wildest dreams of those lower down on the social food chain come to life and are taken to the extreme in Heathers with the literal destruction of everybody’s favourite high school villain: the popular girls. Surprisingly realistic beneath layer upon layer of ironic humour, immensely stylish, and with Winona Ryder and Christian Slater in the lead roles, Heathers is an absolute must watch. For more dark high school satire, see Jawbreaker (1999).

“We are the weirdos, mister,” one of our teen witch heroines practically sings at one point in this dark supernatural thriller. Yes, it’s about magic, but I have to stress that this is not Sabrina the Teenage Witch; this is a dark film about new friendships, peer rivalry, the pressures of fitting in, and most importantly, teenage girls taking back power for themselves. Plus, there’s some effortlessly cool high-school-witch-y fashion going on. For more supernatural teen girl power but diving into ‘horror’ territory, see Carrie (1976).

Satirical, stylish, witty, and infinitely quotable, Clueless takes teenagerdom to the extreme, using a myriad of high school stereotypes to do it, from popular rich girls to the “tragically unhip”.  This is a film that seems to say “this is how the world sees us – isn’t it funny?”, and it is wonderful. See also: Fast Times at Ridgemont High (1982)

If, for some reason, you find you can’t relate to the majority of characters in teen movies, you might find comfort in Enid and Rebecca, the sceptical and sarcastic best friends who are drifting apart after graduating high school whilst they try to figure out what they want to do with their lives. With sharp, witty dialogue, a dash of nihilism, and Steve Buscemi, Ghost World is the perfect antidote to something like Clueless. For a slightly more dramatic look at young people navigating the transition between college and real life, see Reality Bites (1994).

What’s better than a movie that constantly, ham-fistedly tells you to be yourself, live your dream, and “be your own hero”? For ordinary young girls it’s uplifting, and nothing warms my heart more than when the heterosexual boy love interest gets dumped halfway through and ignored for the rest of the movie, allowing the real focus to be on the friendship between two teenage girls. Also, I think it’s worth mentioning that Ellen Page and Juliette Lewis start a food fight. For more girls being friends and following their dreams, see Bend It Like Beckham (2002).

Sure, the ordinary and ‘nerdy’ girls need their dreams played out on screen, but at some point you get kind of sick of other girls being forced into those 2-dimensional ‘queen bitch’ roles. In Bring It On, the popular cheerleader is our heroine, and better yet, joins forces with the resident stereotypical outsider character to bring home that ever-relevant theme of social unity. This film is fun, campy and well worth the watch. Queen bitch and geeky underdog also come together in Wish Upon A Star (1996).

This hilarious and pastel-coloured satire follows high school cheerleader Megan on the road to accepting her homosexuality when her parents send her to True Directions, a boot camp meant to set her on the straight and narrow. One of my favourite films of all time, But I’m A Cheerleader! offers everything you could ever want from a feel-good romantic comedy that also turns out to be deeply thought-provoking. With a similar style but examining religion rather than homosexuality, see Saved! (2004).

A much more gritty portrayal of the search for a sense of belonging, Pariah combines beautiful cinematography with an emotionally raw script to create a powerful portrayal of a young girl struggling with her family, her sexuality, her friends, and most importantly, her self-identity. For another dramatic, sincere, and at times uncomfortable look at teenage girls struggling with their sense of self, see Thirteen (2003).

With a terrific soundtrack and Liv Tyler in one of the best outfits I’ve ever seen on screen, Empire Records provides a light-hearted but totally relatable insight into the minds of a group of teenage friends working at a record store. For another light-hearted drama with great fashion and relatable characters, see Pretty in Pink (1986).

In true Richard Linklater style, this film follows a group of teenagers celebrating their last day of high school in 1976. The beauty of this film really lies in the way that the huge variety of characters are allowed to just be, and they are realistically interesting and enjoyable to watch all the same. For a film that is somewhat darker but equally candid in its approach, see Kids (1995).

One thought on “The Teen Dream on Screen” 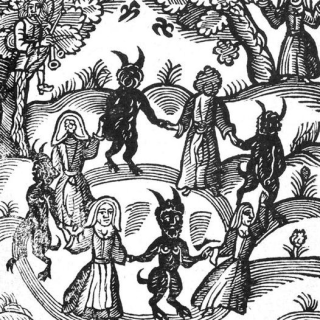